Damper Replacement for the Upright Piano Dampers are to a piano what brakes are to an automobile. While the action, strings and soundboard of the piano are all devoted to the production of sound, the sole purpose of the dampers is the cessation of sound. The fact that a piano can go from a thunderous crescendo one second to nearly complete silence the next is a testament to the genius of the design of the dampers. If the dampers on your piano, however, have reached the point in which their effectiveness has been compromised by wear and tear, replacement of old, hardened damper felts with a set of new highquality dampers would be the best solution. 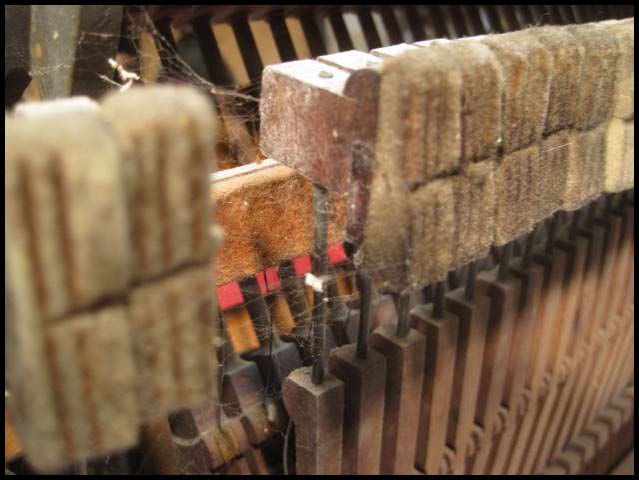 What are the symptoms of dampers which have excessive wear and tear?

Just as wornout brakes on your car announce their condition with unwanted sounds that are characteristic of the problem (highpitched squealing or scraping noise upon braking), so wornout dampers will be detectable by what’s heard when the piano is played. Specifically, when the sustain pedal is released, the transition from sound to silence won’t be immediate, but will be more prolonged than usual—a symptom of ineffective dampers unable to quickly absorb the energy of the strings. Also, when individual notes are played, a “zinging” sound might be heard as the fingers lift from the keys as the strings buzz for an instant against the harder than normal surface of the old felts. Worse, notes may continue to ring after the keys are released altogether. 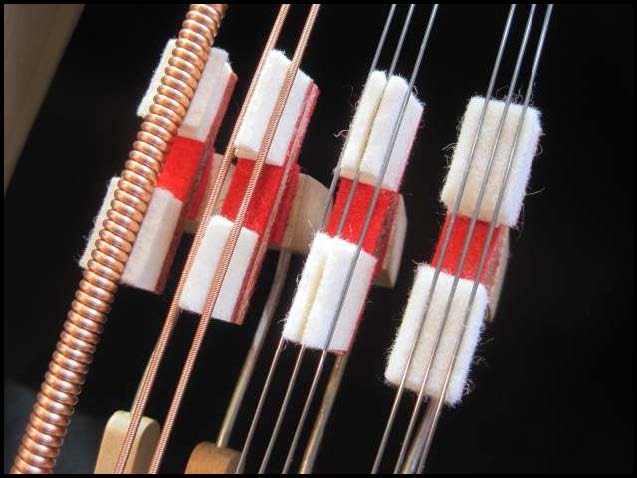 How do effective dampers work in an upright piano?

The basic functioning of upright dampers is simple—when a note is depressed, the springloaded damper for that note is lifted, allowing the strings (or string, for the low bass) for that note to vibrate. Once the note is released, the damper again makes contact with the strings, stopping all vibration. A damper has the ability to absorb the energy of a string hundreds of times as massive as itself and to quell its vibration in a splitsecond. For this to happen, the damper material must be firm enough to hold its shape, but soft enough to quickly muffle the sound of the strings.

The four most commonly used upright dampers are shown in the photo above. The powerful vibration of the longest of the copper wound bass strings (far left in photo) are quieted by single wedge dampers. For the lighter pairs of wound bass strings found further up on the scale, double wedge dampers are used. Plain steel treble strings are either dampened with trichord dampers or flat dampers.

Complicating matters is the fact that when the sustain pedal is used, all dampers need to work in unison, so that the entire set lifts from the strings and returns to the strings as a single unit. The various profiles that the different dampers have make proper adjustment critical.

What’s the typical procedure for this job? Is this a repair that must be done in the workshop?

Unless the piano is in the workshop for an extensive restoration work, there is no reason to transport the entire instrument to the shop. However, it may make sense to take the action to the shop for at least part of the work to be done. 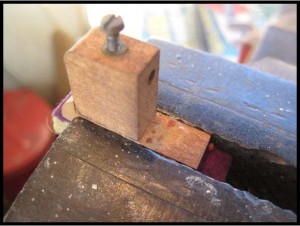 To remove the old dampers, each damper is removed individually from the action along with a part known as the “damper block.” Most times the damper block will be reused, with only the damper felt (and possibly its wood backing) replaced. Here, an individual damper assembly is placed in a vise so that the damper block may be removed to be reused. 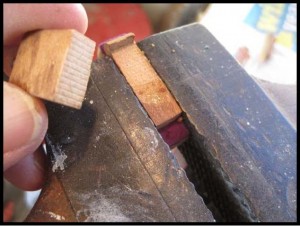 The damper block will typically come off with a tap of a mallet. If the wooden backing is also to be reused, the felt will need to be scraped with a chisel from the wood. Either way, a clean new surface is required before the new damper may be glued on. 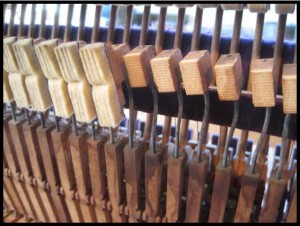 As the damper felts are removed, the damper blocks are returned to the same position they came from in the action. 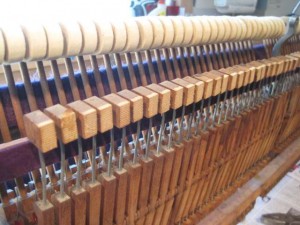 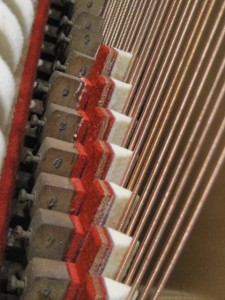 Ordinarily, the preferred practice is to glue the damper felts in place with the action in the piano, using the strings to serve as the clamps while the glue dries. This way, alignment of the felt to the strings is sure to be precise. In the photo, new bass dampers are being installed. Slight correctional movements may be made while the glue is still wet to ensure a perfect match between dampers and strings.

Do other repairs go handinhand with the installation of a set of dampers?

Yes. If the piano is in need of repinning and restringing, now would be the time to do it in that the jobs compliment each other. Since the dampers conform to the strings (especially the wound bass strings shown in the photo above), it makes sense to have new strings and new dampers installed at the same time.

If the piano action is temporarily out of the piano and in the shop while the preparatory work to the dampers is being done, it would also be the ideal time to do such jobs as shaping the hammers and / or replacing the bridle straps.

Finally, a job of regulating the action to make sure all parts are working together effectively might be considered. Regulation will bring the performance of your piano back closer to what it was when it was a new instrument. 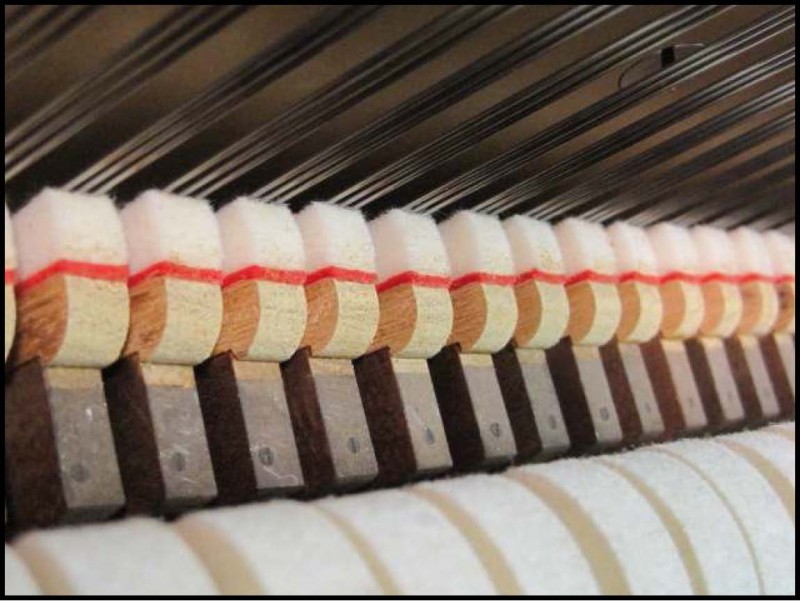 A new set of treble dampers installed and ready quiet things down when needed.