The Achilles heel of Yamaha, Kawai and other Asian­made pianos is a ham­mer butt assembly that relies upon a small braided cord to hold an essential spring in check. After years of use this cord is prone to breaking (as shown in photo on cover), which causes the piano action to perform unsatisfactorily.

The braided cords on your piano are to the stage where they are either bro­ken, or liable to break in the near future. Other wear issues related to the hammer butts and hammer butt flanges must also be addressed. For the best results, I would suggest replacing the set of hammer butt / flange assemblies. Addi­tionally, either shaping or filing the hammers must be done to prevent prob­lems caused by excessive wear to the hammer felt. Finally, to complete the re­pair package, voicing the hammers and regulating the action is necessary to bring the piano up to its potential. 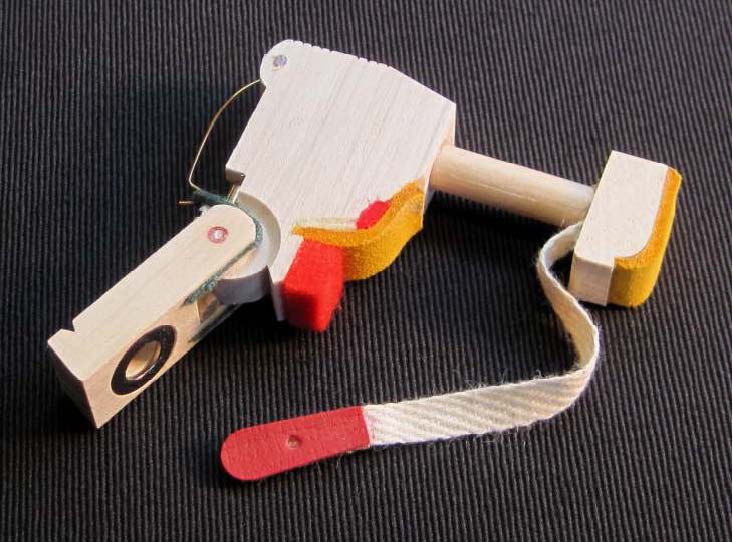 The following questions and answers are intended to help you decide whether to have your piano upgraded with new hammer butt / flange assemblies.

Cheaper, but unsatisfactory. The broken flange cords in your piano action are not the only part affected by wear and tear, just the most obvious. Other sub­components are worn as well in ways that diminish the performance of your pi­ano. Worn action centers (the pivot points for the hammer butts consisting of brass center pins inside felt bushings) prevent accurate tracking of the hammers to the strings. Thinning and hardening felts which are meant to cushion the action parts degrade the fluid and quiet movement of the mechanism of the piano as it is played. Overall replacement of worn parts is the most effective way to bring the piano back to its potential.

Could you go into more detail about the problem with thinning and harden­ing felts that was mentioned as a reason for replacing parts?

By the time that the braided cords used in Yamaha and Kawai and other Asian­made vertical actions begin to break, other subcomponents of the hammer butt assembly often have wear­related issues that cause performance problems for the piano. Felt and leather cushions begin to wear thin, causing adjustments that were made in the factory to be off, and response to be inconsistent. Resetting the adjustments (a procedure called “regulating”) helps to a degree in such a situation, but since the cushioning power of the parts has been affected, getting the piano completely back to a “factory feel” is probably not possible using the old parts.

Consider the above photos showing a part called the catcher, which is faced with a buckskin (or similar) covering. When a note is played, this part is essential to preventing repeated strikes (called “bobbling” notes). The buckskin surface wears thin over the years, especially on portions of the keyboard which are played more heavily. In the photo on the left showing a set of original hammer butts, the buckskin covering the center catcher has worn thinner than the two adjoining catchers. The photo on the right shows the new catchers of replacement hammer butts. Not only is the buckskin covering uniform in thickness, providing a consis­tent cushion to the parts coming together, but it has a better ability to make a se­cure contact with the backchecks (the thick green felts at the bottom of the photo). The rougher texture of the new buckskin will grab the backchecks without slip­ping, as older, worn buckskin is prone to do.

The new hammer butt / flange assemblies that would be replaced in your piano come as matched sets, and as such will give your piano very much of a “new piano” feel.

What are the basic procedures for installing a replacement set of hammer butt / flange assemblies? 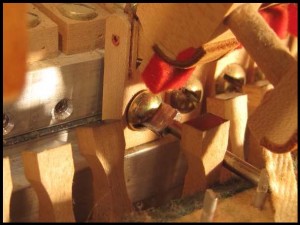 The first step is to remove the original hammer butt / flange assemblies from the piano action. These are taken from the action by carefully unhooking the bri­dle straps, then backing out the flange screws holding each assembly in place so that each unit may be lifted out. 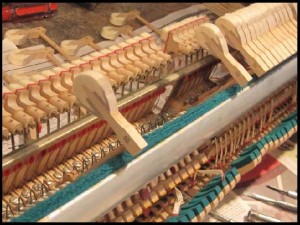 Since extensive disassembly is required, care is taken to make sure that parts go back together properly. When a section of hammer butt / flange assemblies is removed, for exam­ple, key assemblies are left in place to line up the parts as they are re­turned to the action. 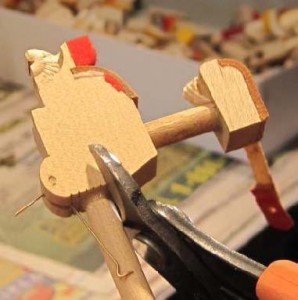 The old hammer butts are then removed from the hammer shanks, usually by using a pair cutters to cut along the grainline. Several cuts are required to remove the old part, at which time the shank needs to be cleaned of any re­maining wood and glue.
Once this is done, the new hammer butt / flange assemblies are installed in the action. 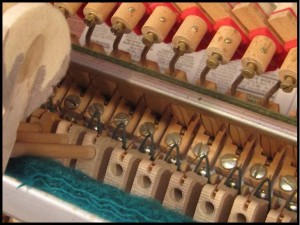 The hammer shanks are then dry fitted into the new hammer butt assem­blies. With all the ham­mers in place, careful alignment will be done, and only then will the parts be glued together.
Fitting the set of hammers to the action (and to the strings) is a precision job which needs to be professionally done.

Why is it necessary to combine the job of hammer butt / flange assembly re­placement with the other jobs that are being recommended?

For the best results, worn ham­mers must be either shaped or re­placed. Old hammers 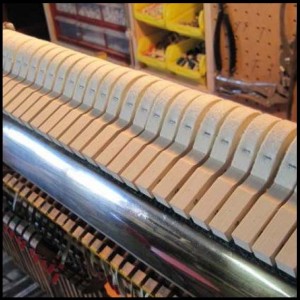 have often been badly cut into by the stings of the pi­ano, resulting in them having an outer layer of felt which is dead or pulpy. By carefully removing the outermost layer of felt, hammers can be brought back to life. For badly worn hammers, re­placement will give the piano a new lease on life. With either hammer re­shaping or replacement, time will be needed to voice the hammers for con­sistent tone.

With any job requiring replace­ment of action parts, attention needs to be given to regulating the action. At the very least adjustments directly affected by the installment of new parts need to be reset. Even better, with all the work being done, this would be the ideal time to do a complete regulation job to put the action of the piano back to its original settings, thus ensuring that the piano will perform up to its potential.
Having these related repairs done at the same time will maximize the improvement to your instrument, in that each component of the job compli­ments the others.

Attention given to maintaining your piano and keeping it in showroom condition will ensure that you find maximum pleasure in playing your instrument. 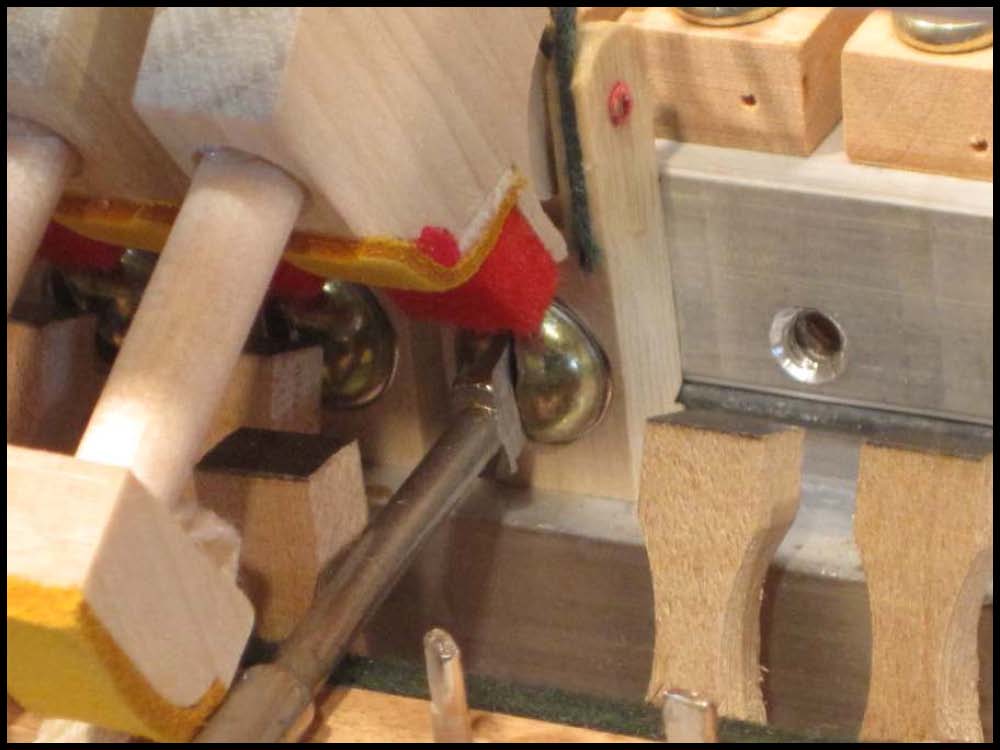